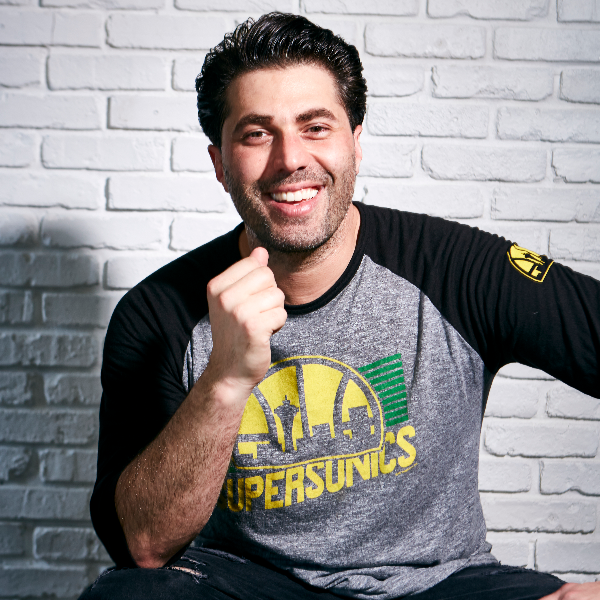 Bring your email receipt to the ticket window to get your tickets before entering the club. If you’re in a group and the tickets are under your name you can pick up all the tickets for the group. The group has to enter the club together in order to be seated. We will not seat partial groups.

We are following all COVID19 guidelines issued by the State of Virginia and CDC. You must have a mask on to enter the club. When you get to your table you can remove your mask, if you need to use the rest room you must put your mask on before leaving your table and keep it on until you return to your table.

and seen on HBO’s CURB YOUR ENTHUSIASM, ARRESTED DEVELOPMENT for Netflix, as well as season 2

of AMERICAN VANDAL. Ray was a regular on LIGHTS OUT with David Spade & currently

on The Adam Carolla Show, Adam is known from his work opposite Sandra Bullock and Melissa

McCarthy in Paul Feig's buddy cop comedy THE HEAT, as well as Feig’s SPY and the reboot

of GHOSBUSTERS, in which he voiced the iconic character of SLIMER and played a supporting role as

Schlesinger, and has guest-starred on 2 Broke Girls, Workaholics, Silicon

Valley and HBO's BALLERS. Adam was also a cast member in the reboot of the sketch comedy

franchise MADtv for the CW, and played Joey McIntyre's manager on the POP NETWORK show RETURN

OF THE MAC. He has written for MTV's PUNK'D, Adam Devine's House Party, and the reboot

of MYSTERY SCIENCE THEATER. Ray headlines the top comedy clubs in the country, and has been

featured on The Late Late Show with Craig Ferguson, as well as Adam Devine's House Party on Comedy

Morty & Super Mansion, and as Swift Wind in the Dreamworks SHE-RA, streaming on NETFLIX, various

voices on Tony Hale's ARCHIBALDS'S NEXT BIG THING, and this summer as Rueben in Hulu's CROSSING

have garnered over 50 million views on YouTube & can all be viewed at adamraycomedy.com